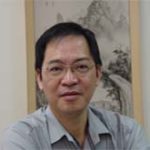 Bu Sung Lee received his B.Sc. (Hons) and PhD from the Electrical and Electronics Department, Loughborough University of Technology, UK in 1982 and 1987 respectively. He is currently an Associate Professor with the School of Computer Science and Engineering, Nanyang technological University. He held concurrent position as Director of HP Lab Singapore from 2010-2012. He holds a consultant position as Director, International Networks at National SuperComputing Center, Singapore since 2015.

Bu Sung Lee has been actively involved in research and education community. He was the founding President of Singapore Advanced Research and Education Network (SingAREN), 2003-2007 and is currently the Treasurer of SingAREN. He was part of the initial technical team that worked on TEIN2 project. He was elected to the Chair of the governors as well as steering committee member for TEIN4. He is the Chair of the Trans EurAsia Information Network cooperation center(TEIN*CC) advisory committee which manages the Asi@connect EU AID grant, Euro 20 million.  Globally, he is a member of the Global Network architecture Policy and strategy  WG as well as Program committee member of Internet2 Summit 2019. He has also organised the Data Mover Challenge 2019 (DMC19), which saw participation from private and academic sector to move large amount of scientific data across the Pacific Ocean using the NREN test-bed.

Bu-Sung Lee has published numerous papers and won a number of Best Paper award.  He hold a number of patents with NTU and HP.  He co-authored multiple Best Paper. He has been involved in students activities, eg. when he led the group of undergraduate students to the Student Cluster Competition, emerging as Overall Champion and Highest Linpack benchmark at SC’2017.

SingAREN, is Singapore’s national research and education network.  It is the sole provider of local and international networks dedicated for serving the Research and Education community in Singapore. It has started as a project fully funded by the government in 1997, It slowly evolved in a self-funded society with members from the Institutions of Higher Learning, Research Organizations, Government and network industry players. IN 2013, the National Research Foundation(Singapore), funded a project proposed and managed by SingAREN, SingAREN Lightwave internet Exchange(SLIX 1.0). SLIX 1.0 took the NREN to another level where we lease dark fiber and run one of the first 100G network in the region.  This has also build up a National research Infrastructure that supports other projects eg. National SuperComputing Center(NSCC).  SingAREN in partnership with NSCC(Singapore)  build up the SingAREN Open Exchage and high speed link to other regions.  Thus, in my talk I will share the challenges and lessons learned in our journey from a project to a National Research Infrastructure.